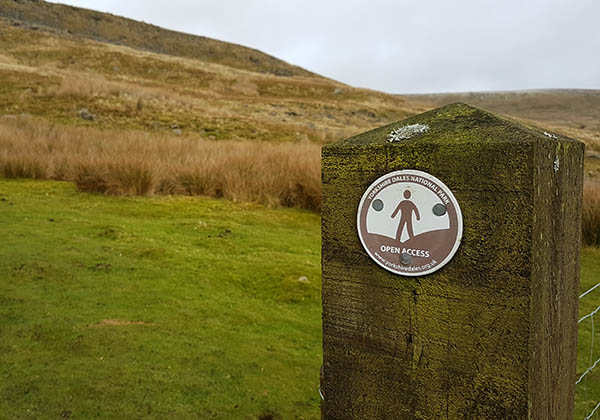 The Countryside and Rights of Way Act 2000 (referred to here as ‘The Act’) set into law public rights of access to the countryside and followed on from earlier legislation which established our National Parks. It is important to recognise that this right of access is only to designated land types, referred to as ‘access land’, and most commonly described as mountain, moor, heath, down and common land. The exact boundaries of access land can be found on Natural England maps. Most caves in The Yorkshire Dales are located on access land.

Throughout our website, the CNCC has used the recognisable ‘access land’ symbol (with or without a strike-through) to indicate whether a cave entrance is, or is not located on access land.

The big question, and one which has been argued for a decade, is “does The Act include caving as a permitted activity on access land?” Without question cavers, like all members of the public, have a right of access over the land to the cave entrance. You are also permitted to enter an open cave to an ill-defined point, suggested as being the limit of daylight by Natural England advisers.

The Act excludes specific activities, but caving or potholing is not listed. However, The Act makes provision for ‘open-air recreation’ but Natural England do not recognise caving as such. Their view is that The Act does not apply to caving. They do however concede that their view is not definitive and that only a court can decide. In addition, the British Caving Association support the position that The Act does already apply to caving and an eminent public lawyer, Dinah Rose QC, validates this in a legal opinion.

The British Caving Association, with endorsement from the CNCC, are currently campaigning for Natural England to change their interpretation and agree that caving is covered by The Act. However, until such a time that this campaign is successful, there remain caves on access land (in particular the larger estates) where the landowners have engaged with the CNCC and indicated a wish to maintain managed access. We have looked to provide compromise solutions for these situations, which satisfy cavers and landowners alike. It must be clarified that, in these situations, we will not serve as an access controlling body for the caves (we do not create the restrictions nor can we enforce/police them); we can serve only as an access facilitator, bringing the landowner and cavers together to enable a mutually acceptable form of managed access.

For access land caves on this website where no specific requirements/compromise solutions are stated, cavers are advised to use common sense and courtesy during your visit, and to report to the CNCC any issues you encounter.

It should be noted that, regardless of the outcome of the BCA campaign, access under CRoW is for recreational caving only. Digging will still require landowner permission.