Through December, while North Yorkshire was in Tier 2, some of our approved anchor installers have taken the chance to follow up on some reports of anchors showing signs of slight movement.

One of those to be examined was the extremely well used anchor at the upper entrance of Long Churn. The following reports have been submitted by Graham Coates who is one of our approved installers:

Over the last few weeks, we have had the time to check some of the loose anchors in my local area, starting with the IC anchor in Upper Long Churn at the Dr Bannister’s Handbasin climb.

This had about 2mm of radial movement, so I decided to extract it. This needed a lot of force to pull it out, so much so that it deformed the anchor (see first anchor image), but just as intended it came out without damaging the substrate, which meant that another was placed using the Fischer EM Plus resin, and we placed another alongside in a pull-through configuration.

The image clearly helps show the amount of force this anchor has required to extract it despite the rotational movement it demonstrated.

The next anchor Graham and his team looked at was the primary anchor in Storm Pot in Simpson's Pot:

As this was a primary anchor if hard-rigging the cave rather than pulling through, we extracted this, and again despite having a lot of radial movement, this took a lot of force to extract and dinner-plated the substrate (i.e., fractured the surrounding rock surface). See second anchor image. We placed a replacement IC anchor nearby.

The benefits of the IC anchors are that they require a smaller hole than the previous P-type anchors, thus substantially reducing the impact of any resin shrinkage (there is much less resin to shrink) and which is also more desirable for conservation and practicality. Furthermore, as reported in newsletter 9, we have now started using the Fischer Fis EM Plus Epoxy resin which demonstrates less shrinkage than Fischer Fis V resin, and so can be used in the larger holes left by extracted P-anchors providing the rock has not been damaged. Both resins are still used in the smaller diameter holes drilled specifically for IC anchors. Finally, IC anchors, as demonstrated above, are usually easier to extract without substrate damage, leaving a reusable hole for a replacement anchor.

Project three was to investigate a missing anchor on the alternative route down the big pitch of Bar Pot. This route commences as a short abseil through boulders just before the crawl to the start of the traverse for the more usual route:

The traverse was bolted with Petzl Collinox anchors. We had been reliably informed that one anchor at the pitch head was missing completely, which must have been quite a nasty shock if someone was on the pitch head. We installed an IC anchor nearby to back up the remaining anchor.

The fourth project was at Yordas Pot (main photo):

We backed up the roof anchor in Yordas Middle Entrance second pitch as it had been reported as being defective. We couldn’t feel any movement, but the resin was not sealing the hole, so having this as a single roof anchor was not ideal.

In a separate project, another of our approved installers, Kieran Hodgson has been following up on a report of loose anchors on the Chapter House pitch, also in Yordas Pot:

“It was a wet day. Having received reports of a loose bolt on the Chapter House traverse we endeavored to investigate. This is a heavily used venue and when we arrived, we were unsurprised to find other cavers there. Having a courteous conversation, we discovered that they were out to take photos in the Main Chamber. Upon realising we would not interfere with each other we set about our business. It was a slow approach as due to being so wet we had to pay particular attention to keeping our equipment dry. Upon arrival we checked all the anchors and found the third one on the traverse to have some movement. This was removed and a new IC resin anchor installed. We left a written tag explaining when it had been placed and when it would be deemed safe for use.”

Finally, Graham and his team visited Swinsto Hole. We had received reports that the anchors on the lower half of Spout Pitch were unsatisfactory, with one having supposedly been replaced with an unapproved hammer-in replacement, and the remaining P-anchor being wobbly. Three new IC anchors were installed and the defective anchors extracted.

The CNCC are extremely grateful to Graham, Kieran and their teams, including Ian Patrick, Paul Moore and Tim Bosley, for following up on these reports of defective anchors during the window between lockdowns. Our rigging topos are being updated accordingly.

For anyone interested, a video showing the extraction of an anchor (made last year in Notts Pot) can be found here: https://youtu.be/LOt2h21kDyE 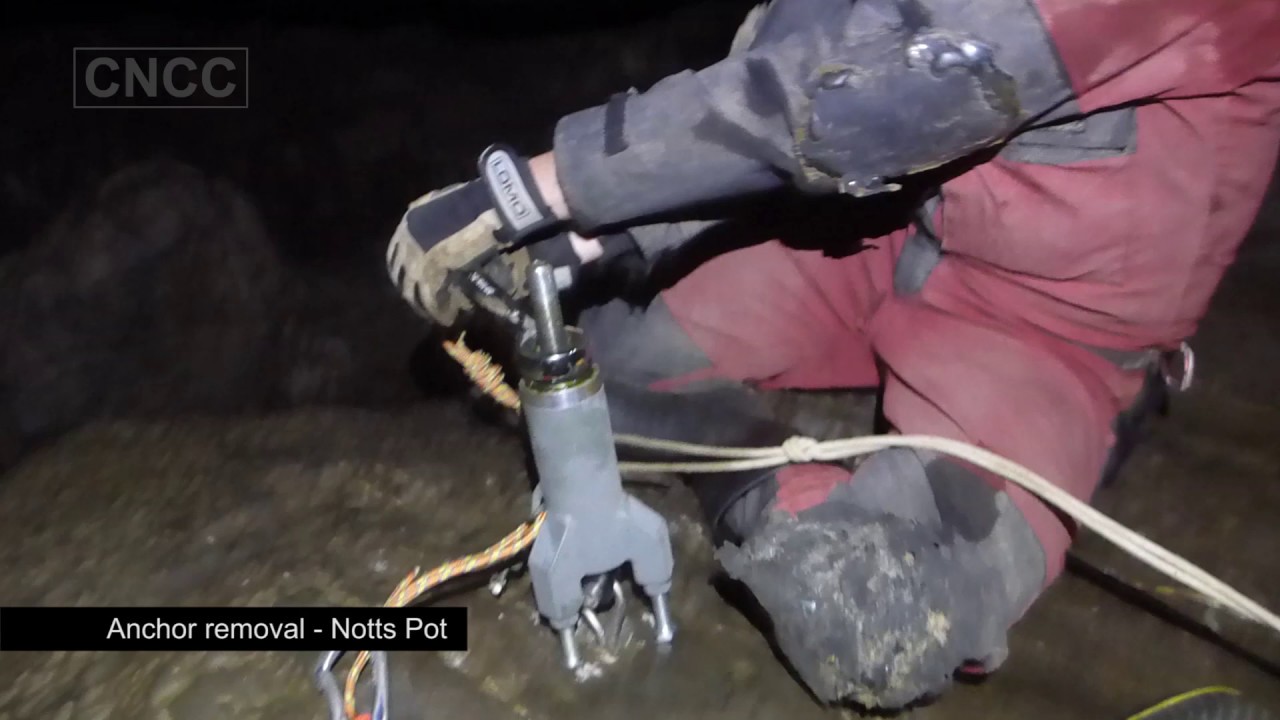 Our website has a function to report a defective anchor if one is encountered:

We encourage anyone who encounters a resin-bonded anchor in a cave showing any issues to report it to us. Issues might include:

In the several years since we launched this reporting tool, we are really pleased that cavers have embraced this.

Of the four issues above, the latter is the most frequently reported. Some of the earlier anchor installations in our region have undergone slight ‘resin shrinkage’ which has enabled the resin and its bonded anchor to occasionally show typically 1-2mm of rotational movement within the hole.

There is no data to allow informed advice to be issued on whether a small amount of movement is safe, as this has not been studied in sufficient detail. We know from multiple experiences, including the two above, that an anchor with 1-2mm of rotational movement often requires considerable force to remove, which is reassuring but certainly not a definitive endorsement of their safety.

For this reason, we advise all anchor users to perform a pre-use inspection and avoid using any anchors which move. Furthermore, it is second nature to cavers never to trust their life to a single anchor, a golden rule and practice which we encourage and always provide for when installing anchors. Providing these simple precautions are followed, the risk posed by slight movement in a few sporadic anchors is negligible, but nonetheless worthy of monitoring.

So, what do we do with reports of anchors showing some movement?

By collecting reports, we can identify pitches and caves with multiple reported anchors. The more data we have, the clearer picture we can build. Caves where we are aware of multiple reported anchors currently include Alum Pot, Diccan Pot, Heron Pot, Hardrawkin Pot, Rowten Pot and Pool Sink. Warnings have been posted on the CNCC website for these systems to encourage extra vigilance and we aspire to perform remedial work when manpower allows.

We encourage all northern cavers to check the CNCC website prior to a trip for any warnings related to your chosen cave.

The CNCC hopes to run training in 2021 for anyone looking to become an approved installer, and to help us follow up on the reports we receive. We’ve been hoping to do this for some time, but as the training requires face to face contact, Covid has been problematic in scheduling this. 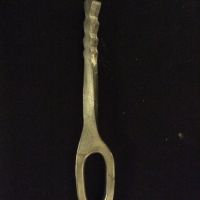 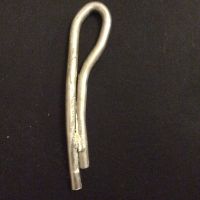