About three years ago, the CNCC held a lengthy discussion about anchors, and we decided a scheme was needed to enable cavers to report anchors which were showing defects, such as:

The reporting system can be found here: https://cncc.org.uk/caving/report/anchor.php

Cavers really embraced this and over the following years, dozens of reports were received. We examined each of these, but due to limited manpower only the most safety critical were able to be addressed, and the remainder catalogued for monitoring, and warnings placed on our website for caves with multiple reports received. In most cases the anchors were isolated and other anchors were available as backups or alternatives.

Most of the issues were rotational movement of the anchors due to suspected resin shrinkage within the hole, something that has been largely resolved in the modern-day anchor scheme with the IC anchor which uses a smaller hole, and a resin which is less prone to shrinkage. Many of the affected anchors were installed in the 1990s so have seen at least two decades of service.

We reported in January about the work of a small team towards the back end of 2020 to start looking into these reports and replacing defective anchors:

This early work saw anchors replaced at Long Churn, Simpson’s Pot, Bar Pot, Yordas Pot and Swinsto Hole. However, this was to be only the start of the anchor replacement work, and since mid December, the team have continued through our back-catalogue of reported anchors as much as possible working around lockdown restrictions.

One system to be tackled was Alum Pot, where several reports had been received. This is unsurprising owing to the traffic this cave receives and the attention you naturally give to the integrity of the anchors when sunlight illuminates the 60m hole beneath you. The risk of freeze-thaw damage to the rock surface is greater here too. Three anchors were found to be defective, including on the NW and SE routes and were replaced with no change to the rigging topo.

Hardrawkin Pot had also received several reports, particularly for the upper anchors, which are exposed to the elements and the water. All four anchors on the first pitch were found to have quite a bit of movement and were replaced, and the rigging topo republished with some minor changes. Despite the movement, a few of the original anchors still took quite some force to extract; this is a common and quite reassuring observation, although it should never be taken for granted.

Loose anchors have been replaced in:

The team audited Lost Johns’ Cave following some reports of inaccuracies in the topo. A few defective anchors were replaced in the process, and several minor discrepancies were found with the topo, which has been updated accordingly.

Finally, Diccan Pot has presented one of the most substantial challenges. As well as having received several reports for defective anchors, both of movement and resin crumbling due to the lashing of the water over nearly three decades, it was widely agreed that the anchoring of Diccan Pot could benefit from some work to improve safety. The team presented a plan to the CNCC AGM, and after some discussion, a decision was made to proceed with a program of work providing all our anchor installers could come to an agreement on an approach that struck the right balance for safety and cave conservation. The worst of the defective anchors have been replaced already as a priority, but further works are ongoing with the improvements that have been agreed.

These works represent a substantial effort, mainly by installers Ian Patrick, Graham Coates and Kieran Hodgson, with thanks to Alan Speight for his continued work to coordinate our anchor scheme.

For anyone curious about the amount of kit needed underground to replace defective anchors, take a look at the final of the five photos with this story!

Our webmaster has developed a sleek new system that ensures all reported anchors are automatically inputted into a database which all installers can access and receive notifications for, thus enabling reports to be triaged more effectively in future. We still rely on northern cavers as our ‘eyes’ to report any defective anchors with as much detail as possible. Many of our topos now have numbers next to each anchor to help cavers reference the relevant anchors when reporting. 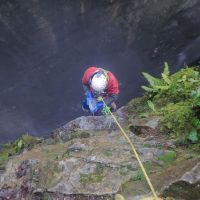 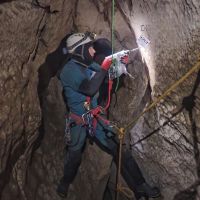 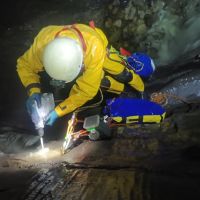 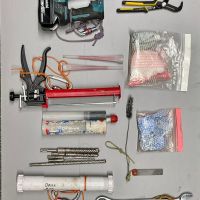