Short story for those in a rush...

From 1st April 2022 the CNCC will no longer be facilitating a permit system for Birks Fell Cave.

In-keeping with this cave being on Access Land, we advise cavers that no advanced permission is required to visit Birks Fell Cave after this date. Please park cars responsibly (Buckden car park is a good choice), change with discretion, use public rights of way and Access Land to reach the cave, and be respectful to others including the tenants of Redmire Farm if you meet them.

There is a description and topo on the CNCC website. Dry, settled weather is essential.

For several years, the CNCC has been working to remove access restrictions from caves on land covered by the Countryside Rights of Way Act. This has been achieved across large estates such as Ingleborough, Penyghent, Fountains Fell, Leck Fell, and most recently Casterton Fell, where open access is now enjoyed, sometimes with a polite request to use our online booking system.

After the caves of Casterton Fell were removed from their historic permit arrangement in 2020, this left only a handful of CRoW Access Land caves with restricted access via a CNCC-facilitated permit system. One of these was Birks Fell Cave in Wharfedale.

Anyone who has ever visited Birks Fell Cave will extol the wonders of this system. The cave was originally explored by the prolific Yorkshire Ramblers in the 1930s, extended in the 1940s by the Bradford Pothole Club, however it was to be one of the Craven Pothole Club’s finest hours when in 1968 they broke through a choke and explored most of the cave we know today.

Following the water for hours downstream, the visiting caver is treated to some initial crawls and canals, then avens, stomping stream passages, pitches, cascades, and The Grand Gallery including some great flowstone. It is one of Yorkshire’s finest underground offerings.

We have below a few excellent photos taken in 1972 by Clive Westlake, who was on only the second team to reach the very bottom (two further images by Clive, amongst others, are included in the gallery at the top of this news article). 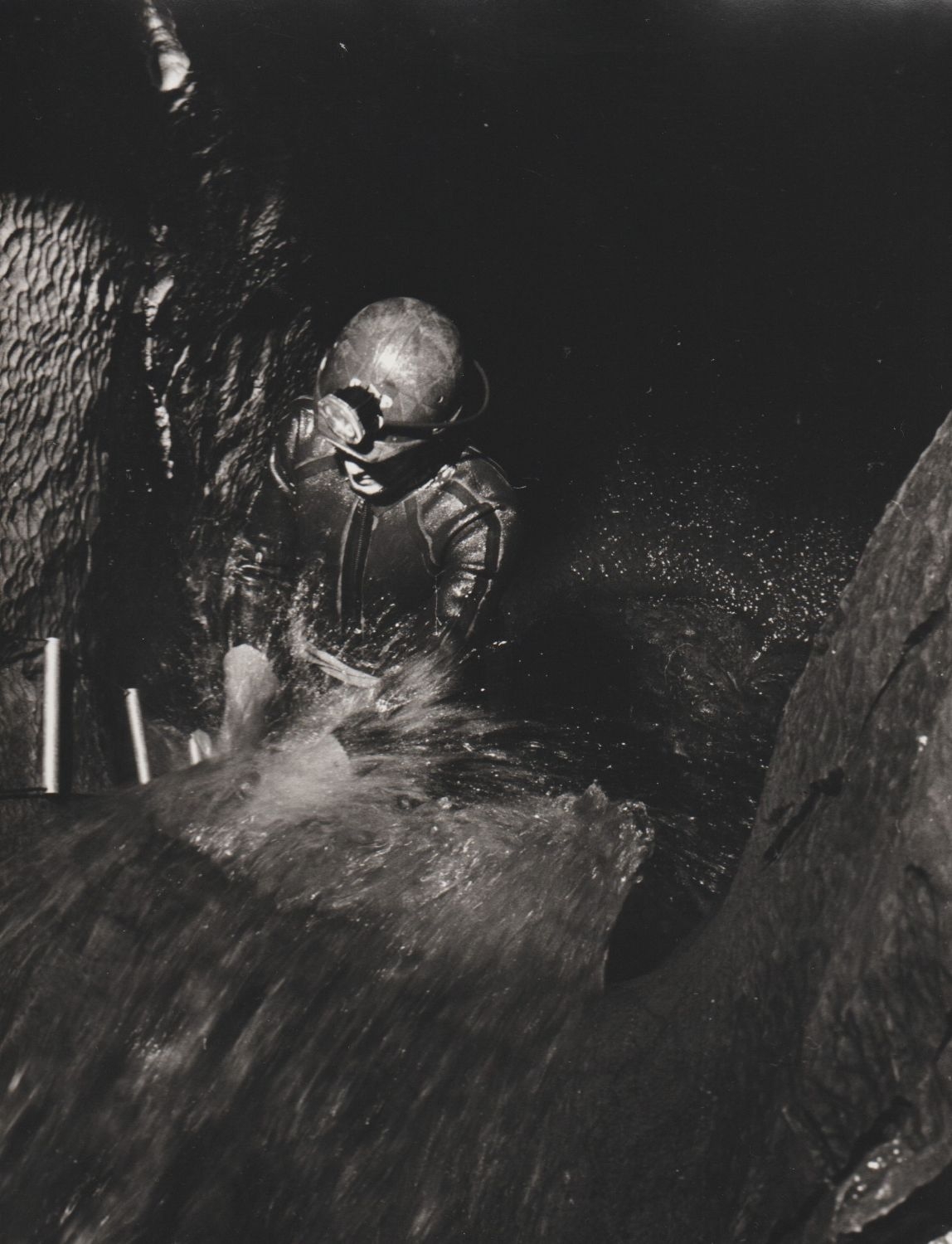 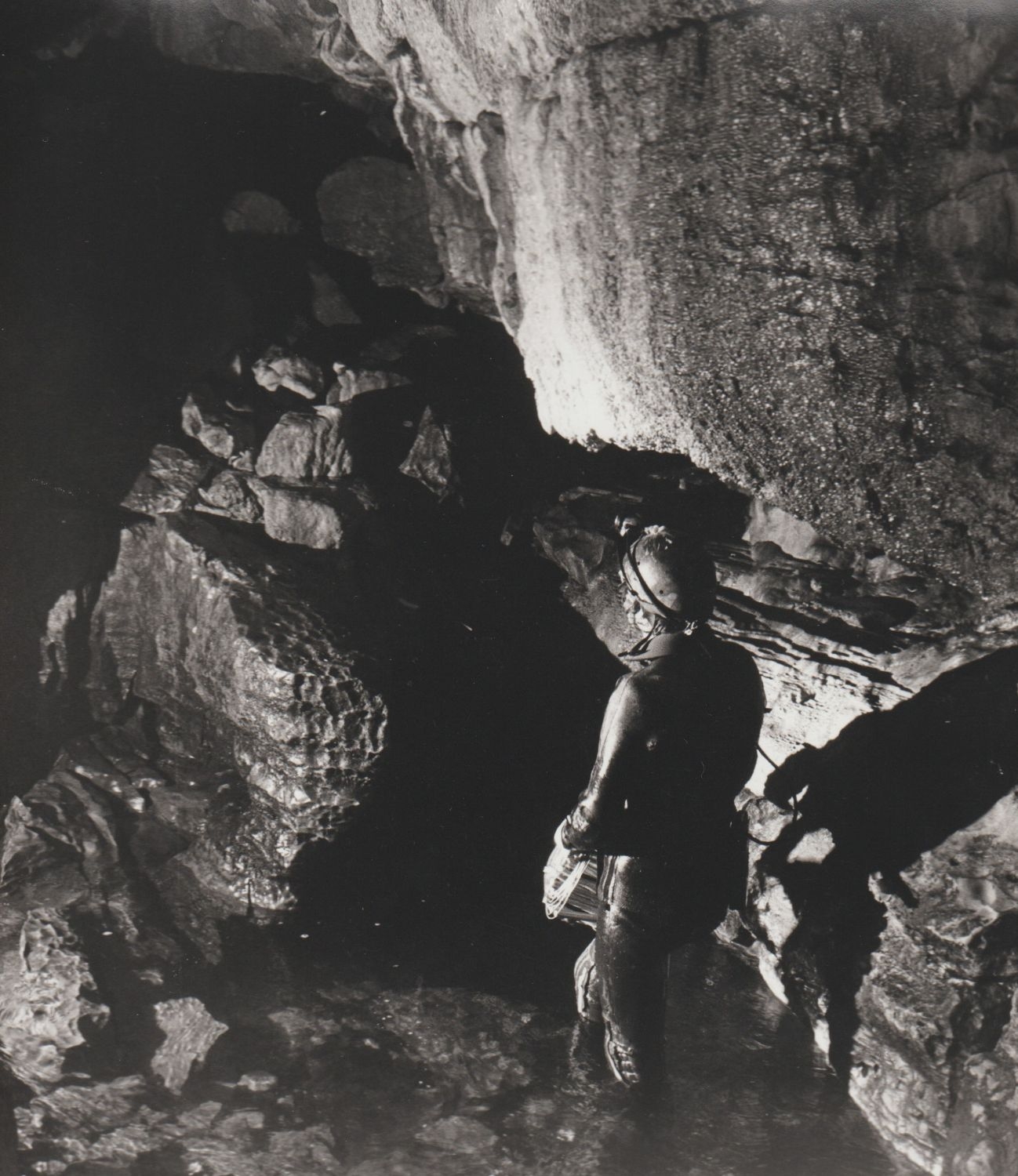 And a more recent photo (by Gary Douthwaite) of the excellent formations in the Grand Gallery. 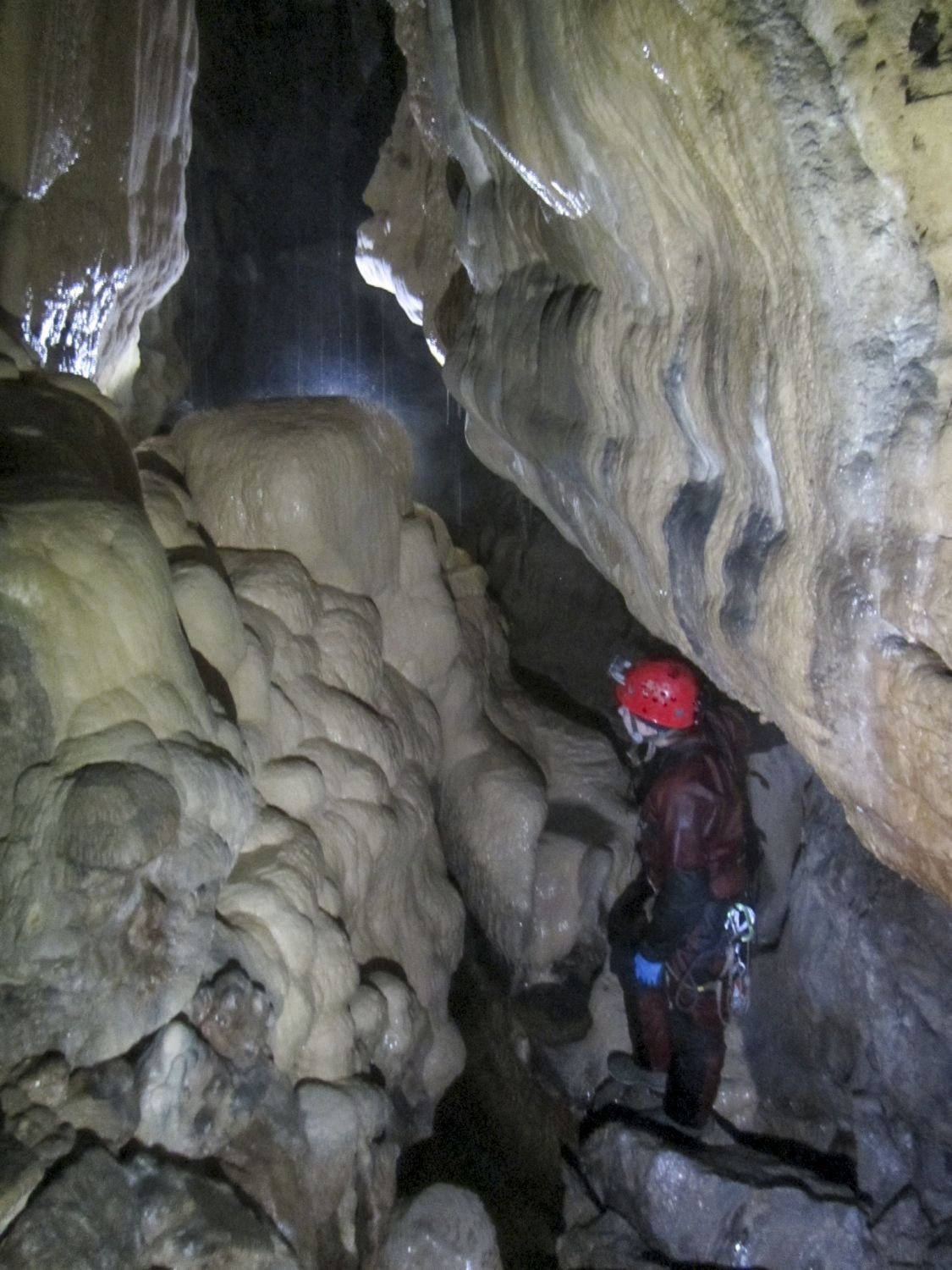 Birks Fell Cave has been subject to a CNCC Permit system for decades, and was threatened with closure following some rescues during the ‘closed season’ soon after the agreement was reached. This permit system and a requirement for one-month advanced notice has persisted to the present day, despite the cave being on Access (CRoW) Land.

This was problematic, as Birks Fell Cave suffers serious flooding, and is not a cave to enter following or during rainfall. The advanced notice required for permits meant that trips would often get rained off, while also preventing any last-minute trips when the weather allowed.

Birks Fell has consequently fallen out of favour with many cavers, which is a real shame.

During 2021, in the absence of an Access Officer, Matt Ewles volunteered on behalf of the CNCC to open dialogue with the National Trust about removing access restrictions at Birks Fell Cave. The CNCC (backed by the BCA) believe that caving is an allowable activity under CRoW, and therefore we felt that we were no longer able to facilitate access restrictions at this site.

The National Trust were extremely cooperative, knowledgeable, and friendly, and were very amenable to an open access alternative agreement. However, one requirement was that they would need indemnification from liability resulting from those visiting the cave.

This didn’t seem an issue in early discussions, as for 15 years the BCA insurance has covered landowners who participate in access agreements. This reassurance has gained us access to several sites over the years. However, changes to the BCA insurance policy in 2021 meant we could no longer offer this without imposing restrictions on who could gain access. We have no intention of reversing our 2015 commitment to pursue access for all (especially for a cave on Access Land), and so we have opted to withdraw from the existing access agreement without any replacement, advising cavers that access requires no permission.

We continue to maintain an active, friendly dialogue with National Trust, who have not objected to our actions or to the cave being considered open access.

We continue to recommend responsible parking in Buckden (pay and display car park in centre of village) and an approach via the public footpath near Redmire Farm, keeping to footpaths until the Access Land. If we all park sensibly, change with appropriate discretion, be courteous to others (including the tenants at Redmire Farm if you meet them), this will mean cavers will maintain our excellent reputation in the local area.

This is a particularly poignant outcome, as the land around Birks Fell was gifted to National Trust by the late Graham Watson, who was an active caver; it seems only right that this speleological gem of Wharfedale is now able to be freely enjoyed by cavers with appropriate equipment, abilities, and during dry and settled weather only.

Headline photo; Adele Ward in the canals just beyond Elbow Bend, approximately three hours into the system (by Gary Douthwaite). 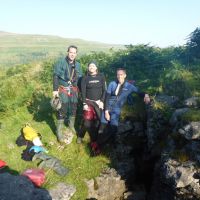 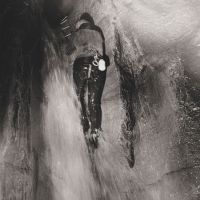 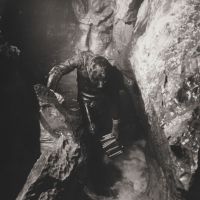