The massive localised flood on the 20th of July 2014 washed away the protective revetment from the south side of the Providence Pot shaft exposing the inner lining and scoured out the streambed to the depth of around 1.5m but leaving it very narrow. Urgent restoration was needed. From the 11th to the 14th November, a party of volunteers, funded by the CNCC, stayed at Hag Dyke and carried out the necessary repairs.

There were 13 volunteers on the first day, 12 on the second, 8 on the third and 5 on the last day to clear the site. All the equipment and personal gear was driven up to Hag Dyke on the morning of the first day whilst the volunteers walked up from Kettlewell.

The first day and a half was spent widening, straightening and deepening the streambed to get the water away from the shaft. This in itself should help to protect it in the future from all but the worst floods. We then began building a mortared wall which was linked to the existing shaft lining by heavy duty galvanised steel straps.

At the end of day three this was 95% complete. We will go back for a day next spring to finish off, as the work was limited by the supply of mortar. The sand and cement was dry-mixed at Hag Dyke, put into plastic drums and ferried over the fell by Polaris and then sledged down the hillside to the cave. This was the most tiring job and sheer exhaustion in the end prevented completing the job on the third day. All equipment was removed from site on the last day and taken back to Colt Park.

With the exception of a forty year old all the other volunteers were in their sixties and some in their seventies - an incredible effort!! Those present were Tim Sullivan, Dave Brook, Andy Farrow, Dave Matthews, Alan Speight, John (Lugger) Thorp, Edward Easton, Pete Monk, Tony (Bog) Brown, Ian Cross, Kevin Dixon, Andy Walsh and Ged Benn. Fred Rattray, because of injury, acted as chief cook and provided the team with breakfast, lunch and evening meal - an excellent job which freed the rest of us to concentrate on work. Andrew Hinde arranged for materials to be delivered to site and provided transport on the first and last days. Because of injury he couldn’t help with the heavy work but he and Kay Easton, after helping to get tools down to the site, took the sign up to Dow Cave to warn any potential through-trippers. 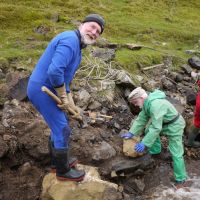 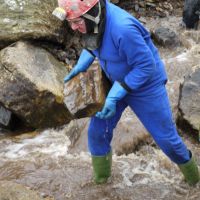 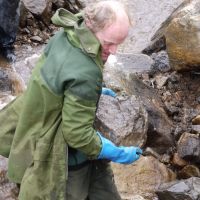 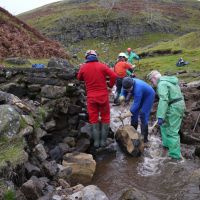 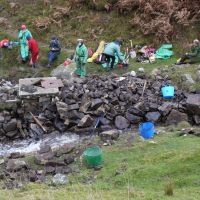 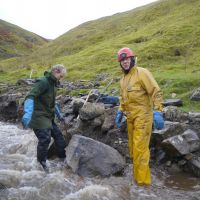 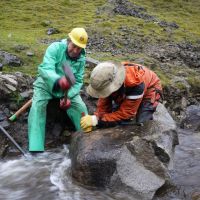 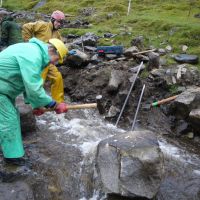 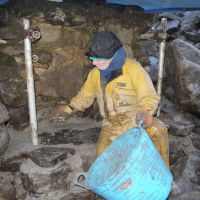 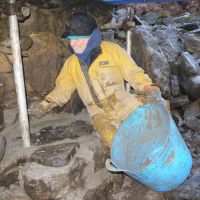